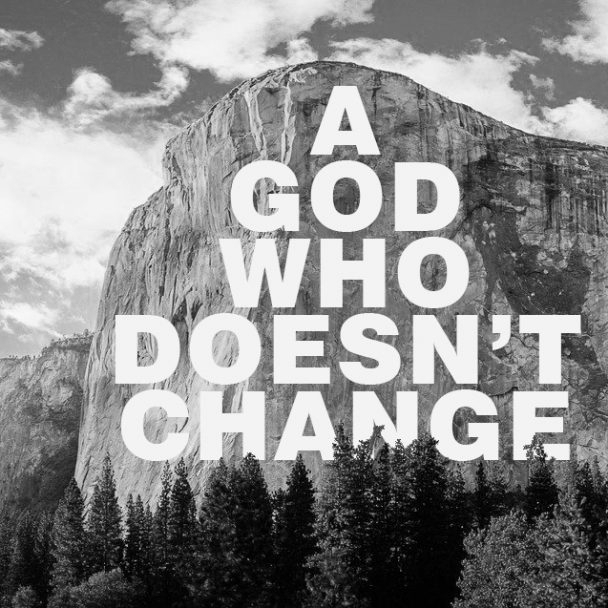 Back in 1789 George Washington wrote the following in a letter -
"Our new Constitution is now established, and has an appearance that promises permanency; but in this world nothing can be said to be certain, except death and taxes."
And before I wrote this I thought that must be where everyone knew the 'death and taxes' idiom from but it was written even before then in books by both Daniel Defoe (1726) and Christopher Bullock (1716). At least that's what Wikipedia says anyway.
Even after three hundred years you can find some truth to this often referenced quote in this World, however as followers of Christ we know of an even older and more important certainty.
God doesn't change.
As a new believer I find myself turned up to 11 spiritually speaking more often than not, but there are days I can't even get the dial turned on. These have usually occurred after a particularly good Life Group or service, or following a week as momentous to Christians as Holy Week and Easter Sunday.
Fortunately I have great people to turn to for wisdom and support. They help me to pause and remember that "nothing's changed". That's the practice of faith over feelings. I don't know any other way to practise this except for to be still and trust in the Lord. It's easier said than done but always works.
I've not had enough time or experience to really explore this and offer my own advice but I've read some articles that have helped me. This one in particular by Lara d’Entremont really spoke to the situation I find myself in.
https://www.crosswalk.com/faith/spiritual-life/faith-over-feelings.html?amp=1
Amazingly (as is often the case isn't it?) at the time when I needed it most Pastor Rick Warren from Saddleback Church also covered this experience in his series "EXPECTING A RESURRECTION WHEN LIFE FALLS APART -
A Faith That Works When Life Doesn't" https://youtu.be/M1sK7V1lZkA
And my amazing mother in law gave me the best example from 1 Kings 19:11 and 12.
"The Lord said, “Go out and stand on the mountain in the presence of the Lord, for the Lord is about to pass by.
Then a great and powerful wind tore the mountains apart and shattered the rocks before the Lord, but the Lord was not in the wind. After the wind there was an earthquake, but the Lord was not in the earthquake. After the earthquake came a fire, but the Lord was not in the fire. And after the fire came a gentle whisper."
Like she advised me, at these times we need to take deep breaths and dig deeper. Just relax in the Lord, not expecting anything just being. And with that I'll finish with a verse from Philippians 4:6 and 7 -
"Do not be anxious about anything, but in every situation, by prayer and petition, with thanksgiving, present your requests to God. And the peace of God, which transcends all understanding, will guard your hearts and your minds in Christ Jesus."
- Bossman75
Faith George Washington Kings Philippians Psalms Saddleback Church