Showing posts from September, 2020
Show All

Wait in hope for the Lord 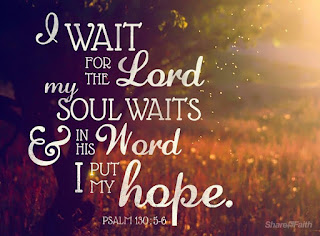 When asked if I’d like to take part in this series I of course said yes! Full disclosure I had no prior knowledge of the Psalms, and so chose the penultimate Psalm of the series, for a couple reasons. One, the beard and two because it gave me plenty of time to prepare. Or so I thought! Then I got an email reminding me of the date that my video would need to be submitted, however it mentioned a different Psalm and was far earlier than I had originally agreed! God stepped in and gave me an opportunity to share a word I could relate to in my life, and in doing so gives me a chance to hear from someone better suited to preach on the Psalm I originally chose. When the time came to record the video I did what I was pretty happy with and submitted it only to learn I'd not followed the guidelines and it would need to be redone. I was really focused on Hope within the Psalm but wound up getting a word from God that this was about the work he's done in the Waiting in my life. The res
Read more
More posts