Really that is the total amount of days I worked for, actually I think I'll say my previous employer. Five eventful years that really sped past. I had planned on describing my time as a roller coaster ride of ups, downs, twists, turns, thrills and spills. Only I choked up on my leaving speech and forgot everything I'd carefully thought out beforehand. It sounded so awesome in my head and the reality was wack. Also I was very aware of the fact that someone else entirely was speaking through me, surely my voice doesn't sound like that? I'm not much of a public speaker that is clear, and was never in doubt but I hoped this was going to stand out for other reasons altogether. Oh well.

By the end, and I guess inevitably, so much had changed. Mostly for the better and advancement of the brand, and some for the worse with regards to how they treat people. Of course this is from my perspective, I do not speak for anyone else associated with the company. We went from a modest size office in Regent Street to a much more appropriate corporate space in Knightsbridge.

Sadly for myself events over the past nine or ten months would prove too much for me, even with the bright future ahead. Having established myself as (what I would call myself at least) the oracle of the office, it seemed I either knew too much or just didn't fit in with the direction the department was expected to go in.
There are a number of very memorable moments that I will cherish, and there were others that had myself and the other 'players' streaming from the dugout to brawl. Sadly, we were all on the same team. 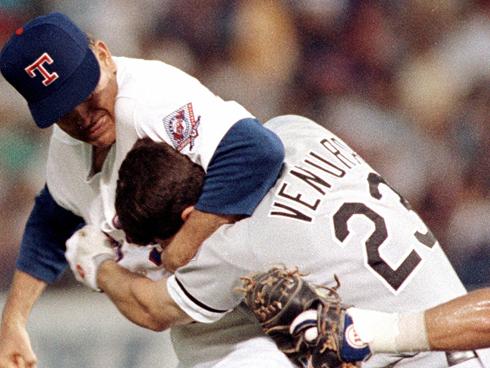 In order for me to stay with the brand ideally a move to our operations team in the Amsterdam office would have suited me, however this was not a viable option for me personally. I will miss my colleagues in the Dam as much as those in the UK. The support and friendship I experienced was refreshing and appreciated.

The good thing about cricket is when batting last being able to stop once you've surpassed your target, and that's what I did. Imagine if you will me dressed in all white, wearing pads, holding the cricket bat aloft in appreciation of the crowd and a memorable game.

Now I'm working for a new brand and falling for their product and beliefs hook line and sinker. Having read the book "Born to run" by Chris McDougall and now a week into wearing real barefoot technology, I'm working on becoming much less of a heel striker and rediscovering the joy of running.

In keeping with the sporting theme of this post, this past month also saw London host the 2012 Olympic Games, very successfully from a spectator's point of view might I add. Before the games I was not the slightest bit interested, not even being able to recall anything from the previous games in Beijing.

To my surprise and delight that changed almost instantly. Team USA did our country proud once again, finishing top of the medal table. There were some outstanding moments from other nations also, especially in swimming. And one of my new favourite athletes Mo Farah was a joy to watch and cheer on to victory in both the 5 and 10 kilometres. Of course I couldn't fail to mention the astonishing speed of Usain Bolt and the Jamaicans in the relays. Blink and you missed the 100 metres but you had plenty of time to enjoy the infamous celebrations and lightning bolt pose. 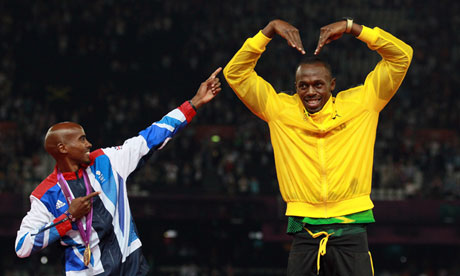 I found the majority of tweets etc. regarding the events positive but was slightly miffed to have to repeatedly see "in terms of population...." stats. What a bore. Spend the time taken working that nonsense out doing press ups or something to enable your country to have another potential athlete to choose from. I don't know, just pissed me off knowing people were happier to complain and compare than actually do something about it. Give all the athletes credit, these are normal people doing extraordinary feats most of us couldn't even begin to attempt.

The games also highlighted just how pampered and in many ways spoilt other sports and their personalities are. It is easy to point fingers at footballers (as if more evidence were needed) and yet really we the public are to blame for continuing to support such behaviour. Of course many articles have been written during and after the games on this but I fear nothing will change any time soon. I do hope we all remember the special performances we were privileged to see and keep that sense of awe and gratitude the next
time we're having to shell out for a new team jersey or reading how £100-150k a week is not enough for some of our '(fallen)heroes'.

I think what I took from the games, besides the NIKE N98 KNIT BADGED (USA) jacket was that the games seemed to consist of two parts. One being the events and athletes themselves, and rightly so. But the other being just how much focus was placed on the host nation itself to the point of it being cringe worthy. Commentators asking medal winners what they thought of the support and facilities after all events, regardless of nationality or occasion. What were they expecting the answer to be? Really should that be the number one question you have for an athlete who has spent the last 4 years minimum of their life to compete in the hope of achieving a medal?  Who are these games for again?

You will understand if you watch the interview of Alexandre Vinokourov after winning the cycling road race. Quite frankly it smacked of desperation. In the end all I was hearing was "please tell us we've done well". It also seemed that the Team GB members read from the same script when praising the support and facilities as if it were rehearsed. Now I'm not saying this hasn't been done before, it just feels like an unnecessary distraction. Yet the people with the money and influence obviously thrive on it and require this to be a part of proceedings.

It left a bitter taste I believe only strengthened by the opening and closing ceremonies. I for one would be more than happy to ditch those in favour of more fitting tributes to the athletes and people involved in making the games happen. Surely someone can think of something to spend all the millions on and make it relevant and interesting. You can argue the ceremonies were unique and told a story, and yet the grumblings of relevance and who they benefited stretch far and wide.

Really my criticism of the games should be taken with a pinch of salt, ditch the fake for the real is all I am saying. But keep the fireworks, everyone loves fireworks. Peace.