Showing posts from February, 2016
Show All

Without a shadow of a doubt I owe a lot to my best mate Mel  and I don't just mean the quite literally unmeasurable amount of beers he's bought me over the course of our friendship. I mean merits like his influences in music and art which I wholeheartedly trust and appreciate, and as a fellow Gooner there have been many visits to the Emirates together some of which have been spectacular. Those are just a few physical things but more importantly his honesty and positivity in our friendship have meant so very much to me. In testament to his kindness and generosity he surprised me on my fortieth birthday with a very special gift. First a little background... Some ten years ago Mel put me onto a then fledgling band called The Duke Spirit . Our memories are understandably foggy on the exact details but it we think it was at the Barfly in Camden that we first saw them. I've spent some of this morning reading reviews of that gig online and many are really negative of the band
Read more 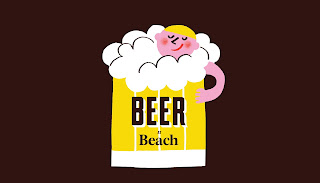 My recent posts have been art related thanks to the scintillating array of exhibitions that have kicked off 2016, however there is plenty more going on in my life that I'd like to share. Tomorrow I have a friend visiting from Germany and when he visits we always grab a burger. I'm fairly rubbish at suggesting eateries as I view him as a burger connoisseur of sorts, but this time I think I've done a good job. Before we eat however we have some time to kill and fortunately the guys at Beach London have something special brewing that goes extremely well with burgers. Beach London and Camden Town Brewery present: ‘ Beer at Beach ’ Coinciding with their installation at Craft Beer Rising, Truman Brewery, Camden Town Brewery have teamed up with local Shoreditch design and illustration gallery, Beach London, on an exhibition celebrating the process of making beer. Beach and Camden have invited a diverse selection of illustrators, designers and artists to illustrate ea
Read more 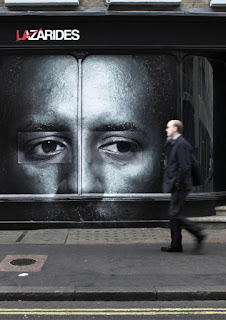 The artist line up at Lazarides Rathbone is something like the squad at Barcelona. The best players in the World at the top of their game. This week, Lazarides commemorates ten years of exhibitions with a spectacular group show titled Still Here opening to the public on 12th February. The gallery owner and once upon a time photographer for Banksy, Steve Lazarides has come a long way. This celebration coincides with the announcement of a new investor, as well as a name and location change in the imminent future. "Firstly, no-one can ever pronounce the name so we're changing it to LazInc. Secondly, we're moving to Mayfair. We've spent years working from a position of isolation, and now it's time to challenge the status quo from the inside." - Steve Lazarides Private View: Thursday 11th February, 6-9pm Exhibition runs: 12th February - 24th March 2016 In February 2016, Lazarides will celebrate its 10th anniversary with a group exhibition from the gall
Read more 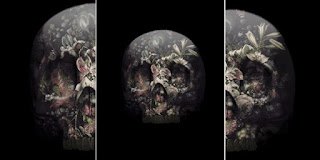 I'm very fortunate to be within walking distance, or at worst bus, from a handful of amazing art galleries in London and do my utmost to visit as many exhibitions as possible. As a result my calendar is pretty full of Thursday evening openings. The news of Magnus Gjoen releasing a new print and signing work this week had me excited, that was before discovering that the event was being held in Brighton. I love Brighton and I have become a real fan of Magnus, but it's a school night so I hope to maybe catch up with him locally soon instead. We are very pleased to announce that one of our best loved artists Magnus Gjoen will be revealing and signing his latest work, an exclusive 3D holographic lenticular print of the sold out edition 'He Lived Like a Devil and Died Like a Saint', in our Brighton Gallery on 11th February from 6.30pm-9pm. artrepublic invites you to join us on the evening for a relaxed reception of drinks, canapés and cutting edge artwork. Magnus is a
Read more
More posts