Showing posts from June, 2017
Show All 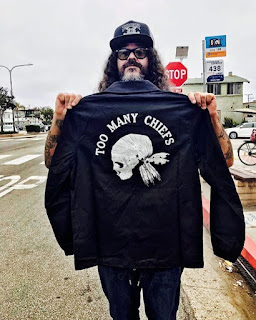 Black Lodges can always be relied upon to put out meaningful collaborations with kindred brands, and Steven Vogel has taken care of business once again. Having been drawn to this when I first caught a glimpse a little while back, I very nearly forgot about it which would have been a real downer.  "Designed back in 2010 for a small run of t-shirts inspired by the Brant Bjork tune of the same song the sentiment behind this illustration still speaks truth to power. In the same manner that pre-date most creative collaborations, both Allike and Black Lodges talked shit over a few cold ones and the end result you now hold in your hand. " Though my desire for exclusive and limited items has abated, along with my expendable income, to many it's still a real motivator. The jacket is limited to a 100 pieces worldwide and is available on a first come first serve basis, both in-store and online.  In addition to Steven being involved as well as a co-sign from
Read more

I was blessed to grow up in a household full of music. It was mostly rock and roll but also some pop, reggae, country and gospel. As I got into my teens and was finding music for myself like hip-hop, metal, grunge, dance, pretty much everything actually. It was only punk rock that took a long time to get into really. Not for any particular reason, I mean I of course knew The Clash , Sex Pistols and having succumbed to the allure of MTV  in 1994, the likes of  Green Day and The Offspring . Beyond those mentioned, and anything casually heard on the radio I might have missed out on decades worth of great bands. I believe the turning point for me was a mixtape by DJ Solo called ' Drive Time Vol 2 Punk Rock ' which featured many of the original hardcore acts of the 80s, some iconic and some less heard of. From there I started looking into the scene more and I'm still discovering new, and old, music to this day. Sometimes it can be a domino effect for example having g
Read more 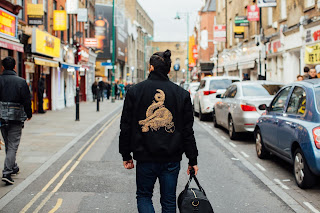 "36 Chambers is a contemporary menswear brand that pulls inspiration from hip-hop, Chinese culture and high fashion. Built upon the foundation of Wu philosophy, we’re creating a line hip hop fans have been waiting for." " OK, OK, OK " in my best Leo Getz impression, it's hotter than a Saharan cheetah's ball bags but this is a chance to get a jacket bought early for colder weather at the end of the year. Having debuted this past winter, 36 Chambers is having a warehouse moving sale until July 1st .  There's 50% off the Denim Flight Jacket, Quilted Motorcycle Jackets and my favourite The  Wool Varsity Jacket .  If like me you were interested in the collection originally but hesitant due to the prices, particularly the outerwear mentioned which feature immaculate details and construction then grab a piece now.  Sizes are already selling out on everything so don't be like Mr Miyagi , be quick like Daniel  catching a fly with chopsticks t
Read more 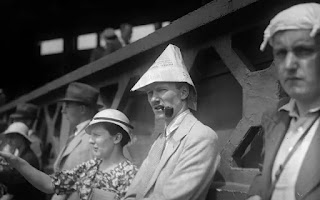 As a bald forty-something you'd likely expect me to have a decent collection of hats, but alas I do not. I do have a great shaped head but find myself most comfortable in beanies, which is not practical for summer. I have tried many a hat style from flat cap, trucker to cowboy and the only exceptions to the beanie has been a bucket hat by XLARGE, and a curved brim cap bought for me at a Jane's Addiction gig. The 'winged skull' cap was a real favourite of mine and having worn it this past weekend whilst travelling I left it (I think) in the back of an Uber on my return to London. Seems like a big task trying to retrieve it don't ask me why as I don't understand myself. So I'm down to just the bucket hat for the summer months (read: weeks) and looking for a replacement cap. The Jane's Addiction cap is available on Amazon from the USA but retail plus shipping is putting me off, despite the fit and logo being so utterly perfect for me. With plent
Read more 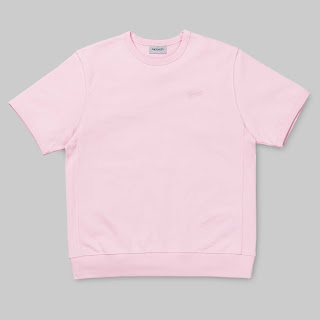 I spent the past four days on the island of St Mary's, part of the Isles of Scilly where it was warm sunshine, blue skies and a light sea breeze. On my return to London it was like stepping off the coach on holiday, if that holiday was on the planet Mercury.  This morning I spent far too much time looking up humorous phrases for hot weather and in the end decided on something factual from the BBC -  "If Wednesday's temperature tops 30°C - and forecasters confidently predict it will - that will be five days in a row and match a run last experienced in June of 1995." So you'd think I'd be posting about t-shirts, shorts, or ice creams for that matter but no I've opted for the Carhartt WIP S/S Strike Sweatshirt which is currently on sale HERE .  In my defence they are short sleeved, loose cut and come in summer hues including Ibiza,  Mojito  and my favourite Vegas Pink . There is also the classic Grey Heather option which shouldn't be overl
Read more 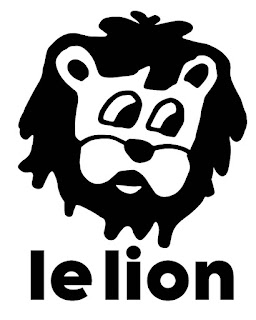 I think it's fair to say that following the general election the majority of us are feeling discombobulated. The past couple of weeks have promised hope to many and yet we still face the unknown in terms of the country's future. What we need is something familiar, edifying and reassuring whilst we get our shit together again. Fortunately LE LION might just be the solace we require. "LE LION is a British clothing brand based out of the seaside town of Margate. Uniting the rebellious energy of global skate, street and music cultures with clothing that will last you a lifetime.  That t-shirt, the one that you always want to pull on, every single day, you'll wear it forever, until it falls apart, even then you'd get it stitched back together if you can, it's so faded that only you know what it is about, everyone else thinks you should have recycled it years ago but it's a part of you, it's what you stand for, it puts that spring in your step, i
Read more
More posts