I was blessed to grow up in a household full of music. It was mostly rock and roll but also some pop, reggae, country and gospel. As I got into my teens and was finding music for myself like hip-hop, metal, grunge, dance, pretty much everything actually. It was only punk rock that took a long time to get into really. Not for any particular reason, I mean I of course knew The Clash, Sex Pistols and having succumbed to the allure of MTV in 1994, the likes of Green Day and The Offspring.

Beyond those mentioned, and anything casually heard on the radio I might have missed out on decades worth of great bands. I believe the turning point for me was a mixtape by DJ Solo called 'Drive Time Vol 2 Punk Rock' which featured many of the original hardcore acts of the 80s, some iconic and some less heard of. From there I started looking into the scene more and I'm still discovering new, and old, music to this day. 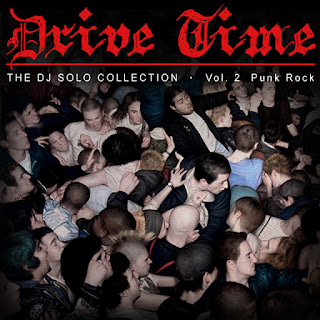 Sometimes it can be a domino effect for example having gotten into Transplants through their association with The Soul Assassins (Skinhead Rob), I then listened to Rancid and then Operation Ivy. All three bands now have permanent residence on my phone playlist. Other times it's by recommendation from friends or peers, and though less often strictly by chance but it does happen.

This past weekend a new capsule by The Hundreds caught my eye and lead to me finding two bands I'd never heard but I've fallen for in a big way. I'm a big fan of The Hundreds and have total admiration for their ability to reference the things they love without alienating their fan base. I had, subliminally at least, heard of New York hardcore band Gorilla Biscuits by name but never knowingly heard a song. And I didn't have the notion to do so until I saw the Revelation Records capsule which featured album artwork from their self titled debut. 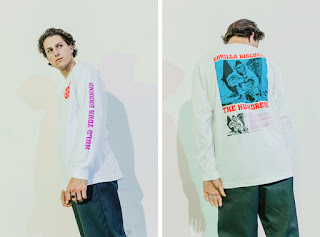 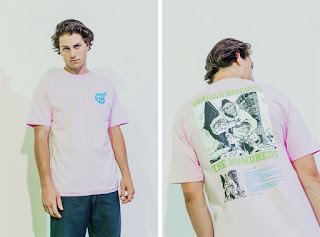 It didn't take long to download it and their follow up 'Start Today' and give them a proper listen. It's easy to have misconceptions of what's hardcore or how it's meant to sound. And for some the original meaning and philosophy behind hardcore hasn't been translated to today's youth. Case in point being remarks made by Anthony Civarelli at Philadelphia's 'This Is Hardcore' festival in 2016. I'll let you look it up and form your own opinion. I completely get what he was saying and wholeheartedly agree with his view.

Whilst listening to the albums and learning what I could about Gorilla Biscuits I happened across a search result for Randy 'Biscuit' Turner, lead singer of another hardcore band Big Boys. Being from Austin, Texas was enough for me to want to find out more and I uncovered a real gem sonically and visually. Coincidentally I then saw a post on Instagram by Glen E. Friedman with a photo of the band (below) which features in his book 'My Rules'. 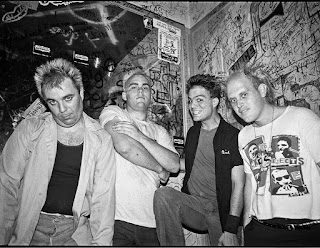 The albums 'Where's My Towel/Industry Standard' and 'No Matter How Long The Line At The Cafeteria, There's Always A Seat' are fun and funky. So much so that the group is known for being the first punk band to introduce funk rhythms into hardcore, influencing later bands such as Red Hot Chili Peppers, who actually opened up for the Big Boys in Hollywood, leading to the Peppers being referred to as "The Little Big Boys." (I took that directly from Wikipedia and that doesn't make it any less fascinating.)

I feel extremely fortunate to have been introduced to both these bands through a brand and a photographer I hold in high esteem. Thank you guys.