Showing posts from January, 2017
Show All

I've been a fan ( albeit one with very few purchases under his belt ) of Kings Of Indigo since it's inception some 5 years ago now. I also had the opportunity to speak briefly with Tony Tonnaer at Jacket Required a while back, and was greatly impressed with the man and his vision for the brand. With the cold finally setting in here in the UK it's the perfect time to get your layers and outerwear sorted. Regular readers will know of my attempt to evangelise them with regards to the perfect sweatshirt, and K.O.I. have what it takes in their winter sale. For men there's the Baldwin and the Baldwin Quality Wear models. Both differ slightly in detail but are similar enough with regards to fit. The first features front and back felt print and felt Indian badge. The latter has a chest artwork in off white chain stitch embroidery and a rich inside with ecru colored loops. For the ladies there are also two design options available in the Reina model. The first features
Read more

'Daydreaming with UNKLE Present… THE ROAD: SOHO' & ‘This Is the Spot!’ 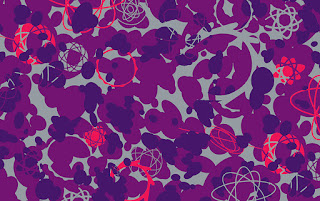 Next week two of my favourite and most frequented London galleries have private viewings, on the same night, that I'm very interested in attending. They are the highly anticipated 'Daydreaming with UNKLE Present… THE ROAD: SOHO' and the debut solo show ‘This Is the Spot!’ by UK female street artist Shuby.  Though I expect the turnout at Lazarides to be the more favourable,  what with Lavelle's acclaim alongside the other renown artists taking part,  Shuby's work at the Lawrence Alkin Gallery promises to be equally gratifying. I imagine the crowds will be as diverse, intriguing and provocative as the exhibitions themselves. Simply put I can't miss either, and neither should you. Both are a stones throw from each other and you can read details about them below.  ☠ James Lavelle will be taking over Lazarides Rathbone with ' Daydreaming with UNKLE Present… THE ROAD: SOHO ' this will feature exclusive vinyl releases, a pop-up shop and much more. T
Read more

"Pay no attention to the man behind the curtain." If Facebook and Twitter are anything to go by then you'd believe that for many having 2016 in the rear view comes as a blessing. It's a fair assumption seeing as celebrity deaths and divisive politics have dominated news feeds and social media over the past twelve months. It was only on New Years Eve that a post started circulating with reasons to celebrate the year. I'm not denying that we haven't taken a hit or two, however it's vitally important to take stock and gauge your own life experiences.  I think what I'm trying to say is don't let what you see and hear going on around you steal your happiness. Talk Talk said way back in 1985 - "Life's what you make it", and it's as relevant now as it was then, and possibly forever.  Some highlights of my year were getting to see exhibitions by Janette Beckman, Ben Allen, Nick Smith, Lucy Sparrow and Scott Campbell. Me
Read more
More posts