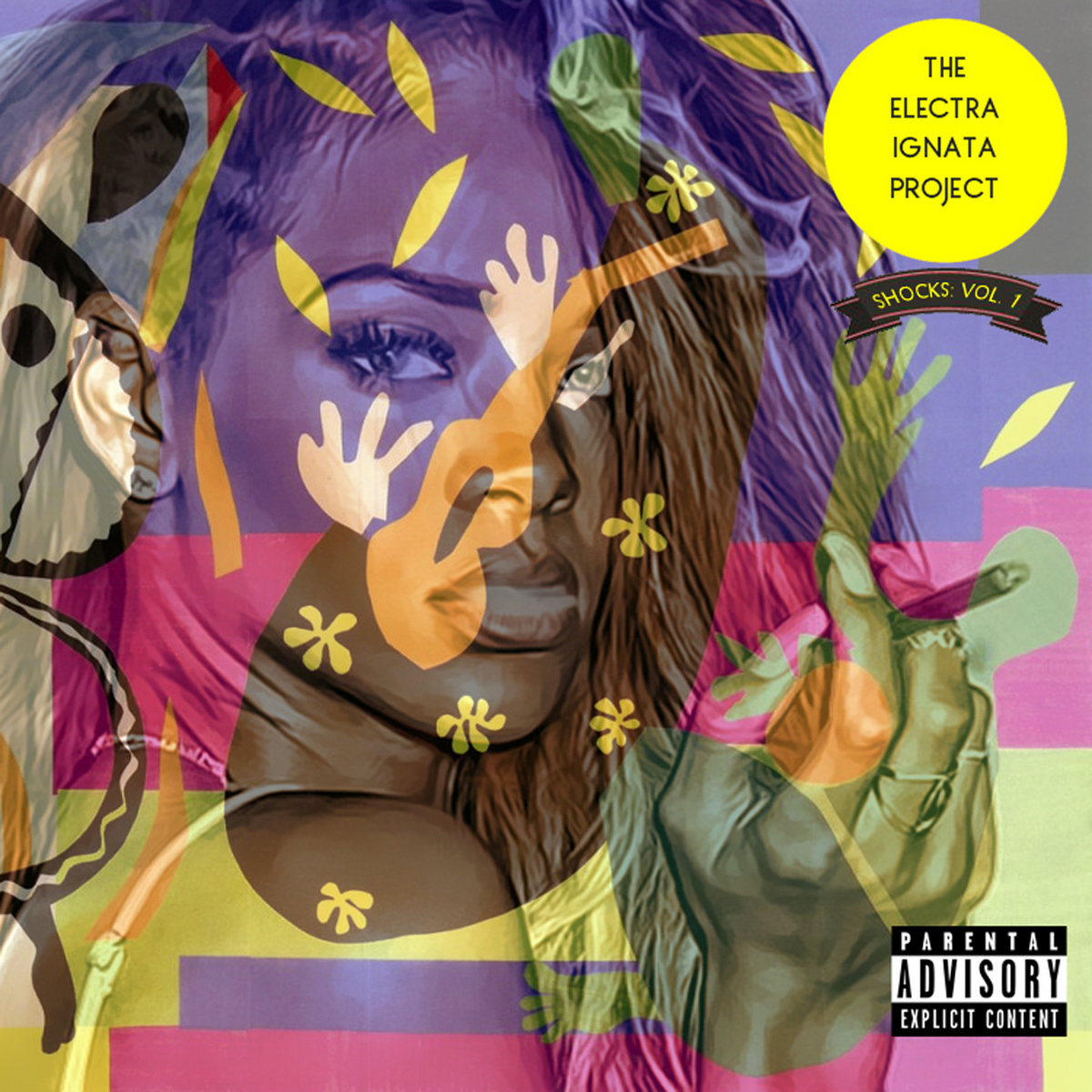 It feels as though we are experiencing somewhat of a lull in new music since Kendrick Lamar released 'untitled'. Obligingly Georgie Lobstas has stepped up to fill the dearth with this 8 track release entitled "Shocks: Vol. 1", part of The Electra Ignata Project. Such is my love for all things Blahzé that despite Rihanna gracing the cover I dove head first into listening to this the moment it landed in my inbox.

It's not all that long since Georgie dropped "Who Killed Georgie Jessel" and your favourite crustacean comes correct straight from the intro 'Break & Enter'. After a start akin to Krakatoa's fourth explosion, 'HEAD/OFF' does mellow ever so slightly but the track should come with a warning. 'Wowowow' is as close as it gets to the album having a pop presence that is until Ly Moula shows up and sends it all back behind closed doors. I can imagine hearing 'Havana' playing in every hip-hop club this year with the right promotion. 'Shimmy' utilises the opening vocals of the Old Dirty Bastard track 'Shimmy Shimmy Ya' in such an unconventional way I had to listen again on headphones to appreciate it fully.

So here's where things almost came unstuck for me. If not for fellow Blahzé Misfit member Ly Moula's serene and ingenious flow on 'Work' I'd have pressed delete hard enough to break the keyboard. Thankfully I hung in there and got rewarded with incredible bars from Georgie too. Seriously the Rihanna track of the same name makes me want to blow my brains out, so the way this track has been reappropriated around the hook is a real achievement, and kept me from going Kurt Cobain. 'Power Wash Love' is something of a euphoric dance Summer classic in waiting. The album finishes with a remix of Maxwell's 1996 track 'Ascension' by which point if you aren't already dancing and wanting more then something's wrong with you.

I think with a project like this much is left to the user to identify what it is they are listening to and any meaning behind it. I personally wouldn't spend too long analysing it just enjoy it as a prelude to even greater things to come. I have it on good authority that a new Blahzé Misfits album is in the works with the hope of a late June release. I hope to speak with the guys soon so I can ask more about this project and the future, but for now throw a little love Georgie's way via the bandcamp page link HERE.