Dälek at The Underworld 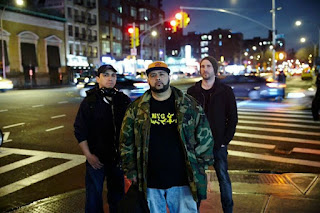 
Tonight Dälek (pronounced DIE-uh-leck) will be at The Underworld in Camden playing tracks from their eighth album Endangered Philosophies.

They are champions of a very unique experimental-hip-hop-rock-noise sound with intense sociopolitical lyrics. It wouldn't surprise me if you hadn't heard of them before, but I guarantee you'll not forget them once you've plugged in.

I saw them at the Oslo in Hackney a couple years back and they played a variety of songs from their twenty year catalogue alongside tracks from Asphalt For Eden. After the gig I remember struggling to find a way to describe the experience, then I read this - Witnessing Dälek live is like coming face to face with the bastard child of Public Enemy and My Bloody Valentine.

It promises to be another intriguing gig and I'm expecting perforated ear drums at the very least so don't bother speaking to me tomorrow. 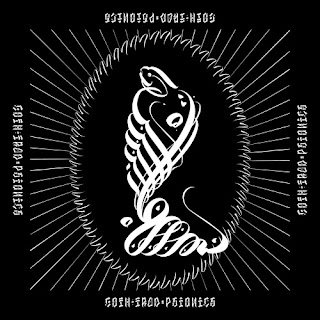 Support acts ADCX from the UK and Fuzz Orchestra from Italy are sonically similar to Dälek but have their own distinctive styles from the little I've heard, but I'm really excited about seeing Japan's foremost dubstep artist Goth-Trad. I first heard of him via the artist Usugrow who did the artwork to his album Psionics (above).

Coincidentally Usugrow is presenting his new body of work GARDEN at StolenSpace gallery until the 19th. With just a few days left you still have a chance to view and even own one of his beautiful pieces if you hurry.