"Your services are no longer required" 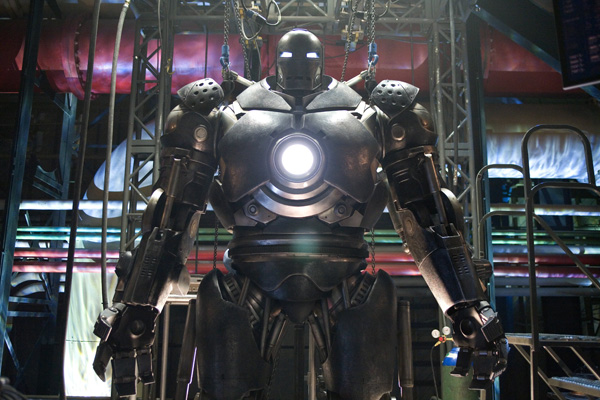 I want to say a big THANK YOU to @TheRealStanLee and @Jon_Favreau for the movie IRONMAN.  This movie is spectacularly awesome each and every time I watch it. OK so Pepper Potts never does get her milkers out but hey we get everything else we could ask for.

I've had a great Sunday. FAMILY FIRST. Exercise (ran 5k), Sport (Cowboys destroyed Buffalo. Eagles and Redskins lost, Giants losing currently) and movies (erm read above). Really how much better does it get? Oh yeah, Pepper Potts' boobs. Please note I am not a Gwyneth Paltrow fan, norks out or not. (NSFW)

Had a busy week. Amazing gig Monday night. Carhartt presented RHYMESAYERS. I was there to see @Evidence and came away desperate to hear more Brother Ali and Grieves & Budo. Outstanding. Rekindled my love for Hip Hop. Again. Happy to be able to say that.

Actually what impressed me the most was the sound in Camden's Electric Ballroom. Hip Hop gigs have a tendency to disappoint with shitty sound and this was probably the crispest sound ever. That was really important for each and every one of these artists. And the DJs killed it too. Banger after banger.

Had a ticket to go see @DJ_Muggs do a dubstep night at Jamm in Brixton for Wednesday. Back of my mind I knew a club-night meant he'd be on late and he confirmed it on Twitter as my brother and I arrived for doors at 9pm. It was a school night and I live over an hour out of London so we called it a night and headed home. Next time!


Also this week I officially stepped down as Manager at work (now you see the title and everything links in right?). We're restructuring the team and responsibilities. I'm 70% happy with the decision and outcome. The 30% will wait for it's day........

What lies ahead is much of the same for me really. Hard work, dedication and commitment. I hope I can say the same from my company. I have faith I really do just gotta keep my wits about me. Times are tough out there right now. We're doing better than good, but we're targeted for even more.

Family news, my nephew has started school here in England. I know he'll love it and I'm really happy for him as he seems to be doing well already. Our kids are the future. No, not yours and people's in general, I mean OUR kids. Watch.

And the wife wants to try to do thirty days without sugar. Week one is over, but is just the 'pretend' week really as we get used to reading ingredients on everything and avoid any obvious sugary foods. The test is to see how it benefits us physically and also mentally. Read on a couple blogs that you can indeed suffer from sugar addiction, and it's as hard as kicking a coke habit. Not Coca-Cola you schmucks, although....

The way this weeks gone down has meant I could only now find time to blog (22:30pm) but I'll do my best to get another WYTBW done as a mid-week catch up for you (and me).

Oh and only just found out that @GhostfaceKillah had a cameo in Ironman that was cut. Sure we get a track bangin' on the jet for thirty or so seconds, but c'mon now THE Tony Starks of the rap world. However having read about the scene I'm not entirely sure I don't agree with the decision. What happened about being him sued over the song title on Supreme Clientele? Haters gonna hate. PEACE.