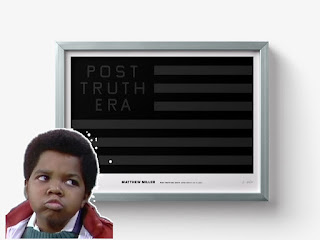 I had never heard of British designer Matthew Miller before this week. Having spent some time on his website there are styles I find really interesting, particularly the Rogue pieces, and I will keep him on my radar for the future. The scarf and print that he used to represent his AW17 collection entitled Post Truth Era reminds me of the cover art for Stankonia by Outkast, and the All Is Well print by Black Lodges. He's offering the free print for download to re-distribute, use in protest or hang on your wall. 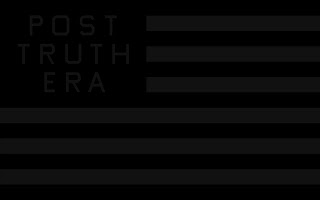 Miller's basis for the design is certainly thought provoking and relevant, however it's too deliberately partisan and dare I say pandering for my taste. I'd like to have seen reference made to previous administrations and even the state of the UK government in his Social Youth art for it to really speak to me. I am drawn more to his all-inclusive CONFORMING SINCE 199NEVER body of work which utilised graphics to explore the notions of freedom and rebellion against subjects such as Religion, politics and Pop Culture.

I guess the cynic in me is also thinking it doesn't take a marketing genius to see that now is a great time to set out your stall by criticising Donald Trump. I have downloaded the graphic and written this post in the hope that it gets people asking questions and opens up dialogue between those of differing opinions.