Same As It Ever Was

This past week I got to see one of my all time favourites groups perform live. It really was something I thought would never happen. Celebrating twenty years of House of Pain, Everlast and Danny Boy rocked the Scala to great effect.

Minus DJ Lethal (on tour with Limp Bizkit), with a live band and DJ Lego on the tables they kept it old school, with tributes to the lives of those lost to us. (Guru, Nate Dog, Amy Winehouse..)

They brought more than a couple surprises, with West Coast beats and HOP rhymes over the top. Was really messing with my head at times!

To kick off the show, we had an hour set by an unannounced and unnamed DJ. He dropped several bangers, mostly bass heavy and West Coast flavoured, the crowd were really feeling it and warming up for the main event.

Everlast came out to The Shadows' "Apache" playing the famed riff and thoroughly enjoying himself. The man is music. That's evident for all to see. He thanked the crowd multiple times for supporting his journey in his twenty-something years in the business. He gave tribute to the first OG - Johnny Cash. "He was talking about doing coke and killing bitches long before Lil' Wayne" (ref to Cocaine Blues) and then treated us to a version of Folsom Prison Blues. The crowd showed their appreciation and sang along. Real recognizes real, that's all I can say. 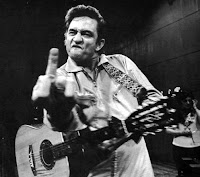 At this point, I'd like to say that I am not a House of Pain fan from the UK. One thing that never crossed my mind was just what to expect from the crowd. Standing in line outside the Scala looked a lot like a meeting for White Supremacists. (Un)Fortunately I fit right in, shaved head, beard, tattoos. Then came the shock, all sorts of regional English accents. Doesn't sound all that astonishing maybe, but I can tell you it wasn't at all what I expected. Book, Judge, Cover, It's, By, Don't, A. Re-arrange to make some sense of it all. Mostly it was guys in their late thirties (At one point during the show Ev was wanting the crowd to get more amped, he singled out a guy and realising his error said "Shit that guy is almost 70, he has an excuse but the rest of you get the fuck up!") but there was a mix of younger heads. To my dismay they didn't seem to know much past Jump Around but I just hope they now take the time to get to know the back catalogue.

I took my place at the front of and slightly off center (physically and mentally) of the stage to make sure I was a part of the action. Being able to vibe off the energy is what being so close is all about. And being able to see without my glasses on (hey none of us are getting any younger).

If asked to summarise the entire show, all I would say is it felt like hanging out with my cool older brothers. Not taking anything away from the performance (it has been a long tour) but it was more chill than your average gig and more interactive. The Scala is a great venue for this type of gig. Perfect size for everyone to be right up on the action. Front row is the place to be like I said. I was rollin' solo for the night but never felt alone.

Having looked on the net for other shows, the playlist doesn't seem to have been all that different from the other spots played on this tour. I won't name the songs, apart from the fact I was stoked to hear Who's the Man and Just Another Victim. If you could have your own "Best Of..", it's safe to say the songs chosen were played.

Mid way through Everlast introduced the band, who in turn performed solo routines. Each member killed it. The drummer stole the show to great applause.

Danny spit lyrics viciously and commanded the stage, like we're used to seeing him do it. Both guys looked confident, comfortable and definitely brought the pain to London (I have bruises on my hands and have no idea how I got them).

Another observation, the crowd represented to the fullest in HOP, HFCC and SA gear. I broke out the HFCC x SA tee to great effect. Safe to say necks were broken. And Danny rocked black Air Jordan III cements. We all know his sneaker game is On Point.

At the end of the show, Ev came back out to perform some solo work. "This is like doing overtime. When the boss asks you to do overtime you don't mind it, as long as it's shit you enjoy doing" Well one fucking idiot did mind it and challenged Ev and was all round disrespectful. No security needed, Ev took up the offer and stepped off stage. The guy was unceremoniously dumped to the floor and kicked to the back by the crowd. There's always one in every crowd they say. His ass was saved from a whooping no doubt. If you've not seen the dudes in the flesh, Ev and Danny are larger than life. You do not want any chin checkin', trust me.

That minor blip didn't set Ev back at all and he continued to bless us with his lyrical and guitar skills. It was one of those nights I truly did not want to end. I wanted to be able to live it and share it with all. As the venue emptied I got on Twitter to see if the guys would come back for a photo. As ever they took time out for the fans outside, but I had to get my tired and aching ass back home so missed out on the opportunity. Next time.

I know there are many more things I could say, but instead I'll leave you to look at the photos I managed to take. Got some videos I will link to as well, including Ev's "Apache" guitar work, damn he loves it and so did we!

There was no 'One for the road' for me, being a sober man and all, but definitely they were the "Same motherfuckers that they ever was". Ain't a damn thing changed.

To the Hell Fire boys, safe travels and God Speed.