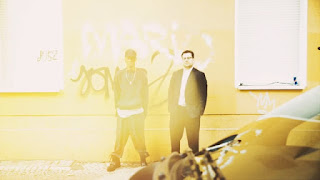 As we wait for the album it's a great excuse to listen to his back catalogue, and in particular for me the Juxtapose album featuring DJ Muggs. There's every chance working with Tricky encouraged Muggs into making the Dust album a few years later. The fusion of Hip-Hop, Rock and Electronica that is Trip-Hop hasn't always had a good rep but I have a lot of love for the way Tricky does it. Not something I listen to daily but can and do always find a time. Check out the track below and grab the album when it's released later this month.